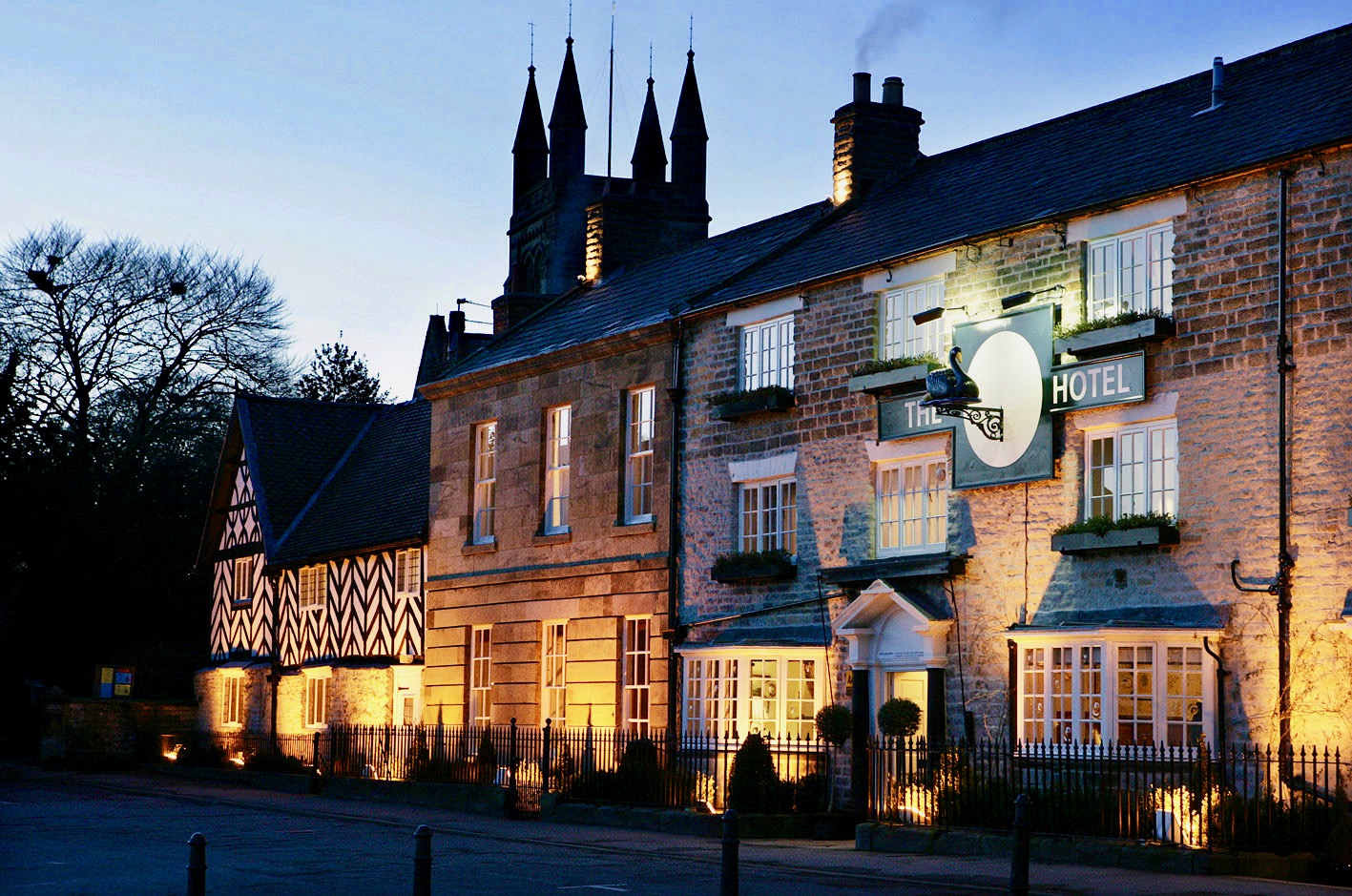 This post contains affiliate links, meaning that if you book through one of these links (marked with an *) I will make a small commission at no cost to you.

On a cold February weekend last year, my boyfriend Billy and I treated ourselves to a night away at the Black Swan, Helmsley, a country hotel in quaint market town in North Yorkshire.

We had originally planned to book a last minute trip to somewhere in Eastern Europe, but I was struggling with a bout of anxiety at the time and getting on a flight to an unknown country felt too much. At just the right moment, and email from Yorkshire Food Guide popped into my inbox offering an overnight stay at this pretty Helmsley hotel, with dinner and breakfast included, for just £179.

We booked the hotel room and headed off to Helmsley just a week later. The Black Swan in Helmsley was just what we needed, so I’d like to share my experience with you. If you’re looking for things to do in and around Helmsley, I have a post about that too.

If you’d like to book the Black Swan yourself, you can do so *here.

As Billy and I were greeted by Helmsley’s Yorkshire stone buildings and a feeling of true Yorkshire community, as dog walkers greeted each other on the high street, it wasn’t more than a few seconds before we spotted our Helmsley hotel.

Perfectly positioned next to the market square in the centre of Helmsley, the Black Swan stood proudly as a centrepiece of the town. Our check in time wasn’t until 3pm and it was only 11.30am, but we thought we’d try our luck and see if we could check in early. As luck would have it our room was ready, so we headed straight up to drop off our bags.

Upon entering the Black Swan, Helmsley, we were given the warmest of welcomes by the friendliest hotel receptionist I’ve even met, and literally by the roaring log fire that warmed the entrance and bar area.

If you’ve read my recent post about the Pheasant Hotel in nearby Harome, you’ll already know that a roaring fire accompanied by a pair of armchairs is mine and Billy’s idea of country hotel perfection. With no words needed, a mutual agreement was made that we would be spending our evening drinking red wine by the fire, in those armchairs.

Our Hotel Room at the Black Swan, Helmsley

After some creaky corridors and narrow stairs, we entered our room where we were greeted by a gorgeous teddy, who we named ‘Helmsleyington’, combining our location with our favourite of the well-know bears, Paddington! The room was light and spacious, with a huge bed in the centre, making me question whether or not 11.45am was too early in the day for a nap? There were also biscuits, so everyone was happy.

Our Helmsley hotel room had a more than sufficient en-suite bathroom, and although it was slightly dated it was spotlessly clean and full of lovely products! The bath was a little on the small side – trying to be romantic Billy and I attempted to have a bath together, but in reality we flooded the floor as the bath overflowed, it was highly uncomfortable and we had to prise ourselves out when we got stuck. At least we tried.

Dinner at the Black Swan, Helmsley

Food is, of course, the most important part any weekend away, and I’m often dubious of hotel dinners. The restaurant in the Black Swan, Helmsley, did not disappoint – in fact it was outstanding.

The deal we had purchased through the Yorkshire Food Guide included a £45 per person allowance towards the à la Carte menu so we booked a table for 7.15pm and headed down to the hotel bar about an hour earlier for a pre-dinner gin & tonic by the log fire, nabbing those armchairs that we’d been eyeing up earlier.

The fabulous service started in the bar, where we were handed the food menu and asked what we would like to order, before being left to enjoy our drinks and the comfortable armchairs until it was time for dinner. We were then led through to the 3 AA rosette restaurant, where the cosy vibes of the Black Swan, Helmsley, continued.

Billy and I both chose a starter of queen scallops (if scallops are on the menu, I’m ordering them!) with parma ham, a black pudding crumb and a cauliflower puree. The portion size was perfect, and the different elements of the dish combined to create a dreamy, rich sweetness.

For the main course we shared a beef Wellington. Maybe a little indulgent at £80, but we were treating ourselves and I can retrospectively confirm that it was worth every penny. The beef Wellington was brought to our table on a trolley and carved in front of us, revealing a beautifully pink centre.

We were told that the ends wouldn’t be served as the pastry isn’t usually as good here, but Billy refused to believe this and announced that he would be eating it anyway. Our main course was served with buttery mash, celeriac puree, green beans and a red wine jus and it was deliciously satisfying.

For dessert I ordered praline profiteroles with Belgian chocolate sauce. The choux pastry was light and airy, and the filling sweet and rich, but food envy hit hard when Billy’s dessert arrived. I have never seen a man quite as happy as Billy was when the glass-topped cheese trolley, containing at least twenty varieties of cheese, was wheeled over to our table.

As each cheese was described in mouthwatering detail, I could see in Billy’s eyes that he was struggling to contain his excitement and I could almost hear his brain whirring as he tried to decided which five cheeses he was was to choose.

I, of course, sampled a little of each cheese, the smelly French one being my favourite as usual. Billy’s description of this cheese was that it smelt “like when you open up a Tupperware that has week old chicken in, but in a good way”. We may have been the youngest in the restaurant by about thirty years, but we had a fantastic experience all the same!

More on the Hotel Log Fire at the Black Swan, Helmsley

Surely I’m not writing about the log fire and perfectly placed armchairs again? After dinner came my favourite part of our weekend away: retiring to ‘our’ armchairs and spending the rest of the evening basking in the warmth of the flickering flames and enjoying several bottles of truly fantastic red wine.

We rubbed our full bellies, reminisced, dreamed and put the world to right until our eyelids were heavy and it was time to go to bed. I may have been a little tipsy, but I went to bed happy and content, and slept like a log!

My Verdict on the Black Swan, Helmsley

The Black Swan is an old building, so you can expect low ceilings, steep stairs and uneven floors. This might not be to everyone’s taste, but in my opinion this means it’s full of character. Our room was clean and spacious, the bed was luxuriously large, the food was excellent and the staff were consistently considerate. The Black Swan, Helmsley, is a hotel that I would absolutely return to.

If you enjoyed reading about the Black Swan, Helmsley, you might enjoy the following: