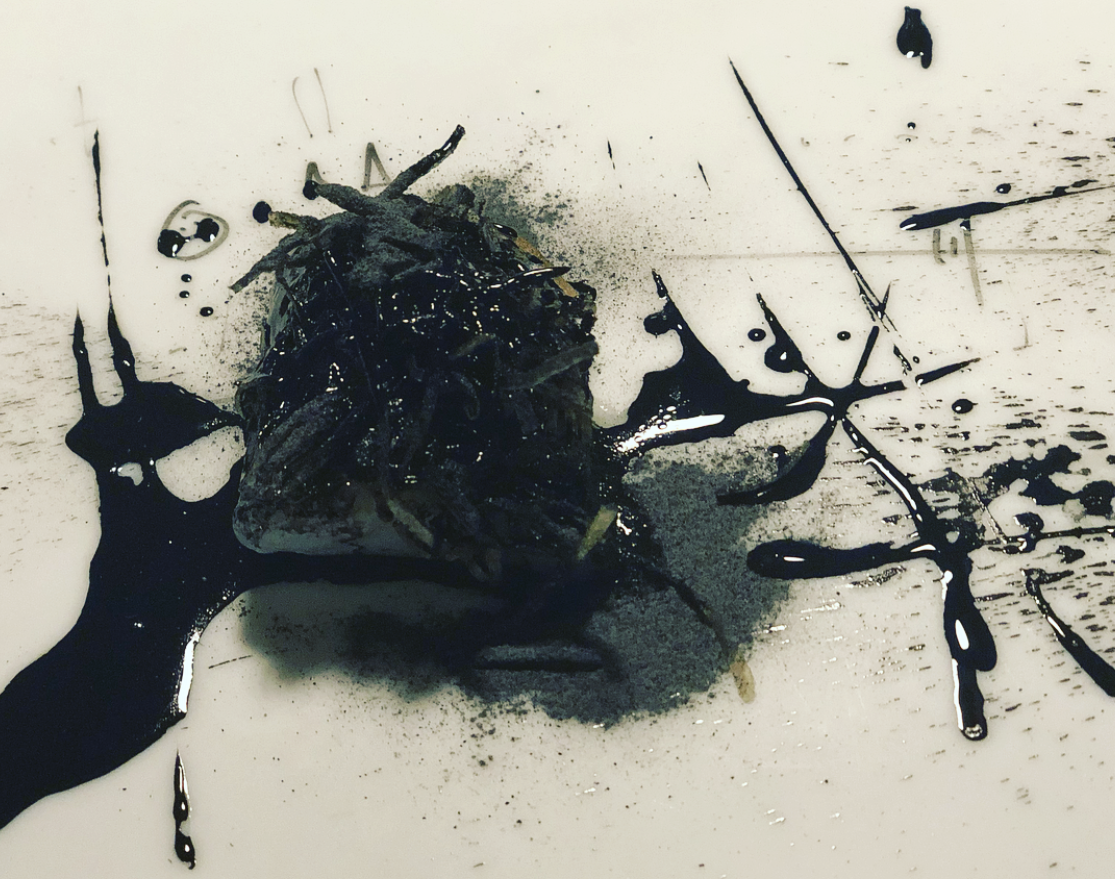 The Man Behind the Curtain is the ultimate fine dining restaurant in Leeds. The city is blessed with some incredible concept restaurants and tasting menus including that of Vice & Virtue and Home to name just a couple, but The Man Behind the Curtain is definitely the most established. I recently surprised my boyfriend with dinner there as an early birthday present – booking months in advance and using all of my power to keep it a secret! But by some miracle I kept my mouth shut and he had no idea what we were doing until we turned up at the do.

I wasn’t actually planning to write a blog post about The Man Behind the Curtain as I wanted to fully immerse myself in the experience rather than worry about taking any notes or getting the right camera angle for each of the 14 courses we ate. However, I can’t not share this experience with you! You’ll notice a lack of pictures in this blog post, and I’ve written it from memory, but personally I still think it makes for a great read! I won’t go in to too much detail so as not to ruin the surprise if you’re planning to visit, but read on for an overview of the experience and what we ate.

About The Man Behind the Curtain

The Man Behind The Curtain is a Michelin Star restaurant in Leeds by chef Michael O’Hare. It operates with a 10 or 14 course (depending on what time of day you visit) ‘permanent collection’ menu with price depending on when you visit – the most popular times are the most expensive. Booking is in advance only – and you really do need to book in advance, it’s taken me forever to actually get a table on a Saturday night – and you have to pay when you book, with no cancellations or rearranging allowed.

You can choose to add a drinks package or prestige drinks package (we went for the latter based on the premise that we probably wouldn’t have the chance to visit again soon), or you can order wine by the bottle.

First Impressions of The Man Behind the Curtain

As we descended the stairs into the restaurant, the fanciness was immediately apparent. We were given a warm welcome and we handed over our coats before being shown to our table. Everything was minimalist and marble with some beautiful furry rugs thrown in… ultimate modernist hygge vibes.

We were welcomed to our table with a some palette cleansing tea and a mystery black box which contained our napkins, the food menu and a wine list. After a few minutes a member of staff returned to ask for our drinks choice, and seconds later our first course arrived. Already we were speechless for the level of service!

A note on service at The Man Behind the Curtain whilst I’m on the subject: it was absolutely outstanding. The staff were dressed immaculately, were highly knowledgable about all the food and drink explaining everything we needed to know and more, and had excellent attention to detail. Every time I went to the toilet (I’ll come on to these later) I returned to a freshly folded napkin and a member of staff waiting to pull my chair out for me. Despite it being a very fancy restaurant (definitely the fanciest I’ve ever been to), the staff made us feel completely at ease and, importantly, it never felt pretentious.

Experiencing the Food And Drink

Although the service was amazing, the food was of course the main event. Each dish felt like an event. As expected, the presentation was completely stunning from the way the food was placed on the plate to the plates themselves. Even the trays that the food was brought out on were gorgeous!

But for me, taste is far more important than presentation – if you’ve ever seen me plate up food you’ll be well aware of this. Every dish tasted exquisite, with so much complexity of flavour. As I don’t want to give too much away, I’ll just tell you about my favourite dishes.

Drinks-wise, we had the Man Behind the Curtain prestige package because why the hell not? The first drink was a sizeable glass of Krug Grande Cuvee, something which I’d never tried before but certainly have a taste for now!

This was followed by a Vermut Siset (I didn’t think I’d like this from the description especially as it had olives in – ew – but it was really nice and went perfectly with the food), then a fabulous Trimbach Riesling and then the most amazing red called Li Veli Pezzo Morgana which we had several glasses of. The trick was to finish the glass before the food was served to get a top up!

The final drink in the package I didn’t like so Billy drank mine, but as with anything it’s all down to personal taste. It was a Chinese Chateau Changyu Gold Diamond Vidal Ice Wine, basically a Sake.

After we’d finished eating and drinking our way through the menu at The Man Behind the Curtain, we were offered another drink for the road. I naively asked how much a glass of the Krug was, but at £41 per glass I passed on that and instead had an extremely tasty Blanc de Noir to finish the evening.

The Toilets at The Man Behind The Curtain

This might seem like a strange thing to write about in a restaurant review, but in this case it absolutely needs its own section. The toilets were of course immaculately clean, and they were also lovely and warm (I hate weeing when it’s cold). But the thing that set these toilets apart was this panel:

It goes without saying that I spent far too long in the toilet playing with all of the buttons. My recommendation would 100% be the Sitz Bath on high temperature and then the dry function. The toilet experience was then topped off by a dreamy exfoliating soap that FINALLY cleared up the dry skin on my hands that I’ve been suffering with for weeks, super soft hand towels and the all-important hand cream.

Our experience of The Man Behind The Curtain was fantastic, but definitely not something that could be justified very often due to the price tag. From start to finish we were made to feel special, and nothing went unconsidered. The only downside was that, despite 14 courses of food, I wasn’t as full as I’d have liked to have been, and a couple of hours laters we ended up with a batter sausage, chips and champagne – in hindsight the champagne definitely wasn’t needed. For more restaurant recommendations in Leeds make sure you have a read of some of my other posts: