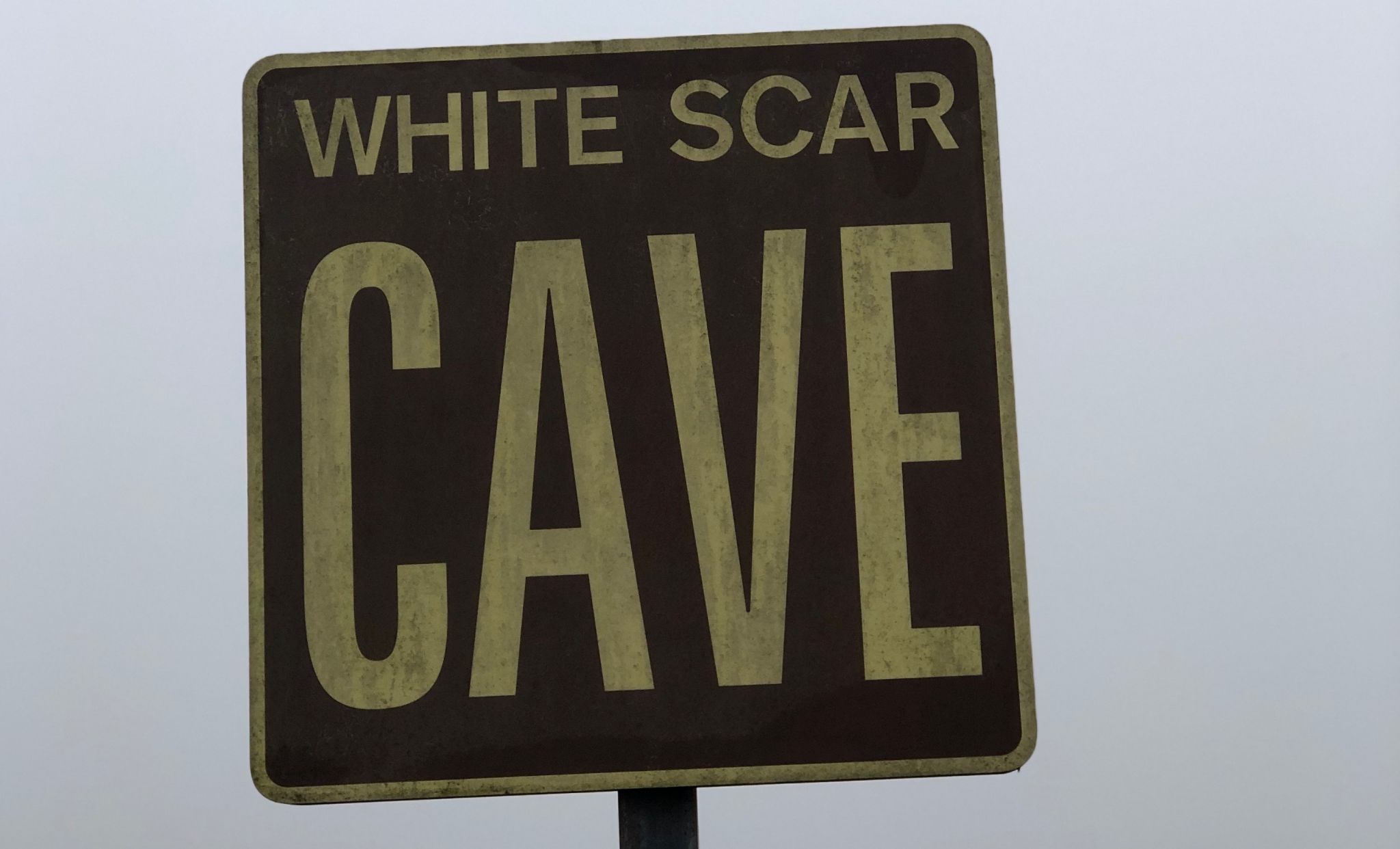 There are so many things to do in Yorkshire when you’re looking for a day out – whether that’s with friends, family, children or having a solo adventure. A particularly fantastic day out in Yorkshire is White Scar Caves in Ingleborough, giving you the opportunity to explore the longest show cave in the UK at 6km long. Formed from Carboniferous limestone and featuring waterfalls, ‘witches fingers’, ‘the squeeze’ and an impressive cavern, White Scar Caves are the perfect excuse to don a hard hat and enjoy an adventure! Here’s my guide to visiting White Scar Caves.

Getting to White Scar Caves

You can get to the White Scar Caves from Leeds by public transport, getting a train to Bentham or Settle and then a bus to Ingleborough, but it looked a bit complicated so we decided to drive. It was about an hour and a half so we turned up the tunes (my boyfriend wasn’t happy that I hadn’t updated the music on my phone in about 10 years so he had to listen to my teenage emo tracks) and enjoyed the scenery.

If you’re driving there’s a car park right outside the entrance, or if you’ve taken the public transport option you can walk from Ingleborough in about half an hour.

White Scar Caves are the longest show caves in the UK, and visits consist of an 80 minute guided tour covering about a mile. When we arrived we had about 40 minutes until the next tour started, so we had a lovely pot of Yorkshire tea overlooking the foggy Yorkshire dales while we waited. A heads up: the cafe was pretty cold so wrap up warm if you’re there in the winter!

When it was time for the tour, we queued up for a ticket (£10.75 for an adult) and then, the exciting bit, got given our ultra sexy hard hats! Then it was time to enter the cave and it didn’t disappoint.

As you enter the White Scar Caves, you learn about how a caver called Christopher Long discovered the entrance in the 1920s but it was since blown out to allow visitors to walk through. As you wander through this section you get to a beautiful underground waterfall before entering the next section of the cave which is completely natural, other than the lighting and metal flooring. I’m not going to tell you all the details and spoil the surprise, so I’ll just say that as you progress through the cave it gets better and better!

There are a couple of low sections where you have the crouch down a little to get through, and there are also some steps but you can sit these out to if you want. Looking at the different rock formations inside the cave was fascinating, but I have to admit that we got the giggles a few times during a game we invented, cleverly named ‘spot the stalagmite that looks the most like a willy’. Not very mature, I know.

When you get to the end of the tour, you walk back the way you came until you reach the exit. I thought this would be a bit of an anti-climax because we wouldn’t be seeing anything new, but actually it provided a great opportunity to get a longer look at the most interesting formations and take photos if you wanted to (it was too dark to take any good snaps, hence the lack of images in this post).

After our tour of White Scar Caves had finished and we were safely outside, we took the opportunity to drive to a nearby pub for a Sunday lunch because no day out is complete without food! We first stumbled in to a pub in Ingleborough but it was somewhat lacking in atmosphere, so we drove five minutes down the road to Thorton-in-Lonsdale where we found The Marton Arms.

This pub was exactly what we were looking for: a good selection of hand pulled beers, a Sunday roast menu and a cosy atmosphere. There was the open brickwork and ceiling beams that I love in a pub, yet it was light, airy and very welcoming. And I know it’s probably too much information, but the toilets were amazing! They were spotlessly clean, smelt incredible thanks to a lovely orange scented diffuser above every toilet, there was a box of lady supplies in each cubicle and the soap was dispensed from gin bottles.

I enjoyed a pint of Pen-y-ghent by Settle Brewery and loved it… proper old school bitter and the perfect accompaniment to a Sunday roast. If you’re more in to gin than beer, this really is the place for you as they have an impressive gin menu and put on ‘gin nights’ too.

To eat I had scallops with sweetcorn and chorizo to start, and my other half had a black pudding scotch egg featuring a perfectly runny yolk!

For my main course I had roast sirloin of beef and he had the lamb, both of which were perfectly cooked and oh so tender. These were complete with a Yorkshire pudding, roast potatoes, kale (my favourite vegetable at the moment), multicoloured carrots, broccoli, green beans and cauliflower. And my favourite thing about this roast was that it was served with an extra jug of gravy! I ALWAYS have to ask for extra gravy as it’s the best bit of the meal and there’s no such thing as too much of it.

We were too full for dessert but the menu looked fab, and I know my boyfriend would have dived straight in to the cheese board if he hadn’t have had to eat my leftover potatoes (they were lovely, just huge portion sizes). You could tell that a lot of care has gone into this pub and the food, which uses high quality ingredients from local suppliers, and it’s definitely worth a visit!

With full bellies we headed back to Leeds, stopping off a couple of cute farm shops on the way. White Scar Caves made for a great day out, and I’d highly recommend it for families as well – the kids in our tour group were all loving it! So next time you’ve got a free day and don’t know how to spend it, there’s your answer. If you’re looking for more things to do in Leeds and Yorkshire, you can have a read of related posts here.